Some days I feel as though I should pay to work as a teacher-librarian. I enjoy libraries, books and children so much! Thursday, I worked in a traditional school library in a French Immersion school.
I had opportunities to read stories in English and French. I did a bit of math resource support (in French) to a group of Grade Two's and I enjoyed conversation with some colleagues in the staffroom.
The principal was pleased that I spoke French and thanked me warmly for coming. A 7 year-old boy came after school to help me shelve books. I think that he is regular visitor. Some children need a safe place and a friendly adult in the school. I'm always happy when the library can be that place.


A few days ago, I listened toWriters and Company on the CBC radio. The host, Eleanor Wachtel
related her experience as a child growing up in a family who did not buy books but used the public library extensively. I grew up in a family that was exactly the opposite. I had access to my mother's and my aunt's childhood books, my parents' high school and college anthologies and books that had belonged to my grandfather. I was given books for Christmas and my birthday but I was such a voracious reader that I visited the small local library frequently to augment my family's collection. 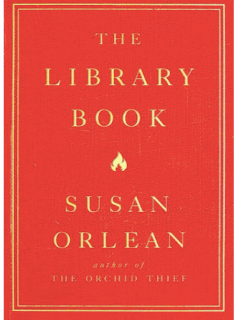 Were you raised in a family of book collectors or book borrowers? Have libraries or librarians played a significant role in your life?

Lately, I've read:
Up from Freedom by Wayne Grady
The Green Road by Anne Enright
The Tattooist of Auschwitz by Heather Morris
Homegoing by Yaa Gyazi

If I was a book, I would like to be a library book, so I would be taken home by all different sorts of kids.